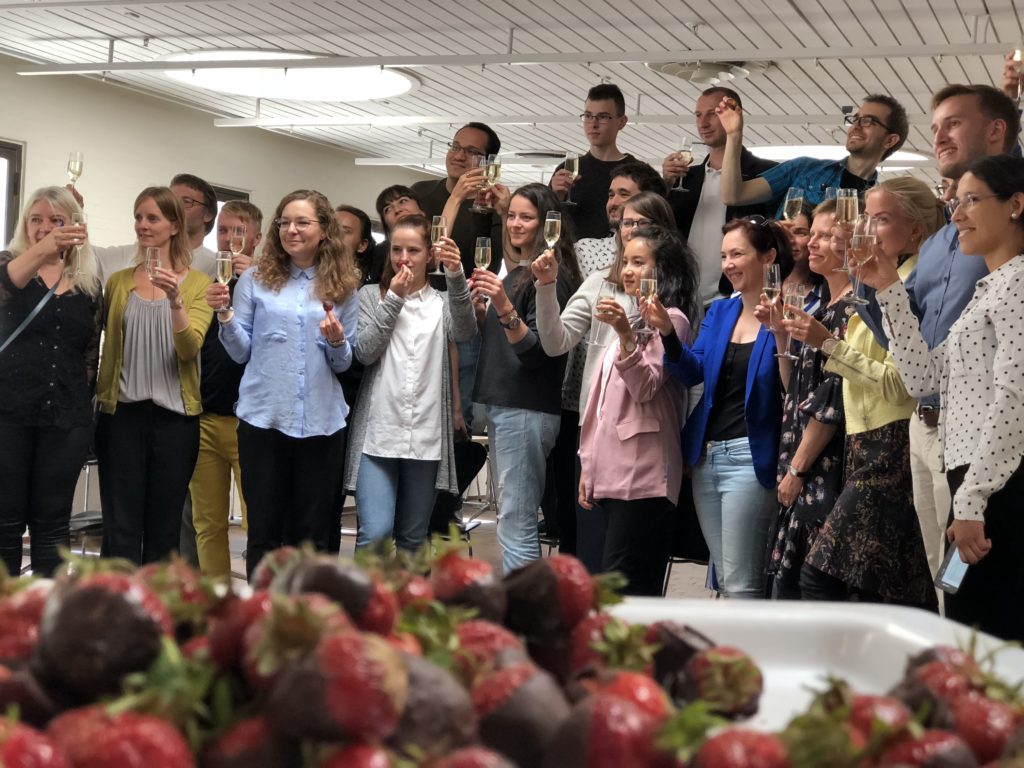 At the 2018 BaltSe@nioR Innovation Camp the invited companies played a large role in validating the designs produced by the participating design students.

One of the companies who participated at the Innovation Camp was Novedas Mitas represented by CEO Erik Johannsen. His company Novedas Mitas is a business developer of IT-based service solutions. They work with innovation and business development in Denmark, Germany, and Japan. They are a sister company in a group of German companies named Novedas. Novedas provides project management and consulting services to major private and public customers.

At the Innovation Camp they were primarily soaking up information on design for the senior generation and figuring out, how their services can be even more helpful in the future. The expert presentations on various subject regarding the future were very relevant to Erik Johannsen.

– I enjoyed the presentations from some of the keynote speakers. Sustainability is something everybody is working with, especially with circular economy. The presentation upon the demographic development in the countries close to us was also very interesting and useful, Erik Johannsen says.

At the Innovation Camp a lot of techniques, tools and other input were presented by both experts and facilitators.

All useful, Erik Johannsen says, but it did take up some time and was still new to the people working with it.

– There was a lot of new learnings to deal with, but the tools were useful. Obviously new stuff is always a challenge, but it was fine. I especially liked the Value Proposition Design and could have spent more time working with that. For me it would have been even better, if all the participants had been acquainted with the tools up front. People must get familiar with the tools; that could have made it easier to internalize and probably also benefit group discussions, Erik Johannsen says.

At the Innovation Camp Erik Johannsen collaborated with the design students assigned to his company on developing a concept and business model that can accompany the concept when eventually launched.

– With that in mind the collaboration with the designers were quite useful. The tools we were presented also proved rewarding in the upcoming work with ideas and business opportunities. All in all I gained knowledge about design collaborations, the future of design especially for senior citizens and acquired new tools I can continue developing upon, he says.

He also found inspiration and other input throughout the Innovation Camp.

– The presentations from the designers working with the senior lifestyle segment was interesting and inspires you to generate ideas on your own and inspires thoughts in new ways.

Erik Johannsen was rather positive about the Innovation Camp.

It offered him what he wanted, and he gained valuable insights to the coming markets, that will be interesting for most companies manufacturing products or services.

– I’m satisfied with the team’s effort and their work with the prototype. They came up with an interior solution that empowers the seniors and enables them to interact and play games with their relatives. I

think this will prove valuable in the future and be something both seniors and young people can benefit from, Erik Johannsen says.

Besides the work, the CEO of Novedas Mitas was also satisfied with the elements surrounding of the Innovation Camp.

– The buildings were great with the park outside and the art as well. The food was excellent and offered a wide selection. Communication wise the whole thing went smoothly, and everybody was very helpful. A good experience all in all.

An “Innovations camp” is a compressed product development concept where new ideas for products are developed via cross disciplinary teams and with design thinking as main methodology. Companies and design students are working in teams to come up with the best concepts and business plan. During the camp companies will learn new methods and tools for development of products and work with new business models.

The process of the Innovation Camp

The Innovation Camp is a 5-day compressed product development process with participation of both companies and students from 6 partnering countries. Students will work in cross disciplinary teams and together with companies come up with the best sustainable solutions for products or services to ensure Seniors autonomy in own home.

Design teams with students from different schools across the 6 participating Baltic countries are put together in cross country- and cross competence teams to compete and come up with the best ideas, concepts and solutions for sustainable furniture and interior design for the elderly. At the same time participating companies are matched in teams collaborating to come up with the best business models for the new concepts that are created in the design teams.

The overall mission is to generate concepts, develop prototypes and new business models, facilitate matchmaking between the participating countries, initiate joint development and partnerships via new tools and methodologies with the aim of producing new products that better meet the needs of the growing population of seniors.